Beauty and the Beast Spring Musical 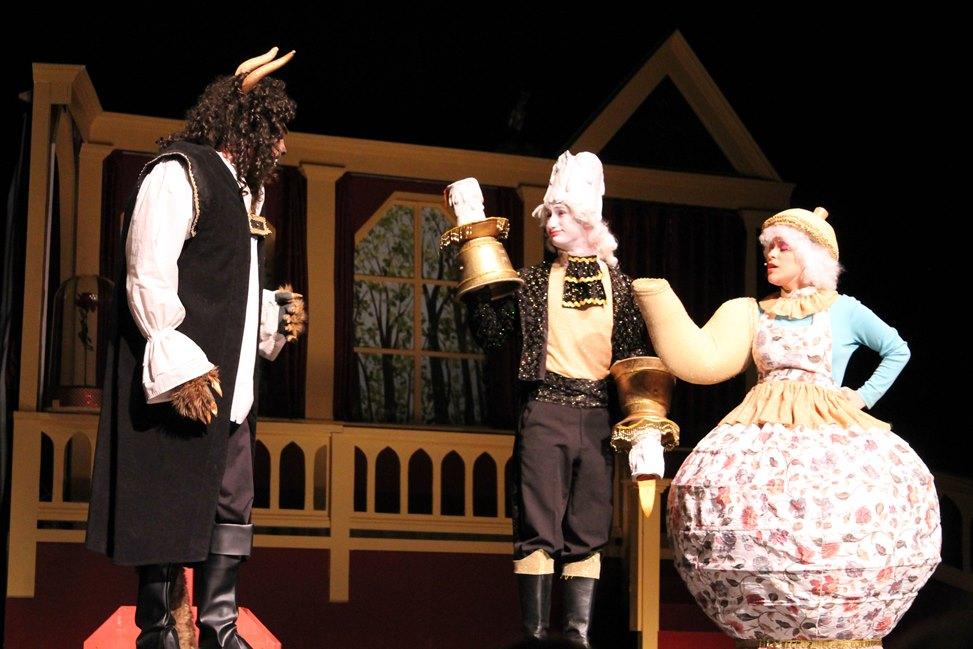 Beauty and the Beast: Lenape Edition

The Lenape Theater Group recently invited the general public to “be their guest” at their version of the popular Disney musical, Beauty and the Beast. This cast of 61 hardworking students and a pit orchestra served up quite a show! The response from the audience was just as phenomenally positive.

When asked about the quality of the production, Kathryn Desantis, head of the science department, said, “Oh my gosh- it was really was a professional production. I think the music could easily be confused with a Broadway soundtrack! The sets were breathtaking! Mr.Boggs and Ms.Rector did a fantastic job. And Ms.Hammond is a gifted director- she brings out the very best in each member of the cast, and she cast this production brilliantly.”

The opening number truly grabbed the audience’s attention right away with extremely vivid scenery and perfectly rustic village costumes. This number introduced the audience to the character Belle in a grandeur fashion. What was especially neat about this production was that Belle’s role was double cast to Senior Brianna Hassett and Junior Taylor Sternberg. Both Belles were extremely exceptional in their acting, singing, and dancing skills. Cast opposite Belle was Senior Ryan Kiernan as the ferocious Beast. He has been a part of Lenape theater since his freshman year. Even though Ryan was in a full body costume for a majority of the musical, it did not affect his performance at all.

Linda Hammond, the director of the play, was inspired to put on this amazing production for the students and the community itself. Deeply appreciative of all the hard work done by the cast and crew she says it would not have been possible to put up 6 equally fantastic shows without them.

A lot of times the work behind the scenes goes unnoticed. Julia Gazzara,

a freshman who doubled as a villager and napkin, told us she also moved sets between scenes in order to help out the stage crew. “It was actually fun! I looked forward to moving the sets and it didn’t seem like work at all.”

Without such positivity from this large cast and crew such amazing performances would not have been possible! Friends and family were able to acknowledge the hard work of their children and friends with the variety of gifts available to purchase outside the auditorium. The gifts ranged from kiss shape lollipops to roses! It was truly an entertaining event for all!!

If you missed this spectacular performance, be sure to catch the 2014 Fall Play or the 2015 Spring Musical. 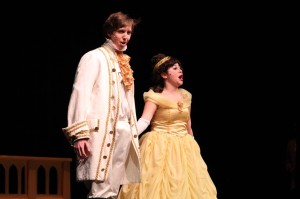 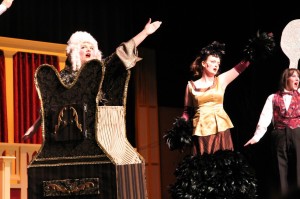 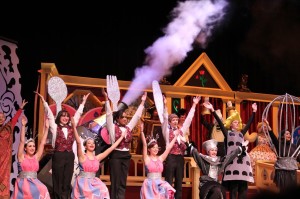 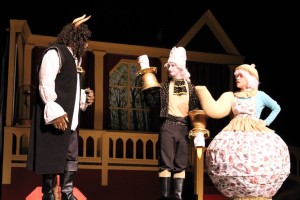 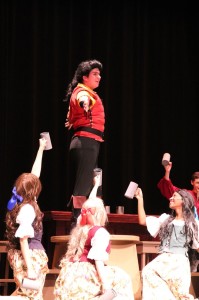 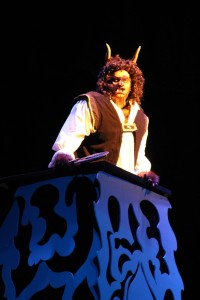