Graduation 2014: A Night to Remember 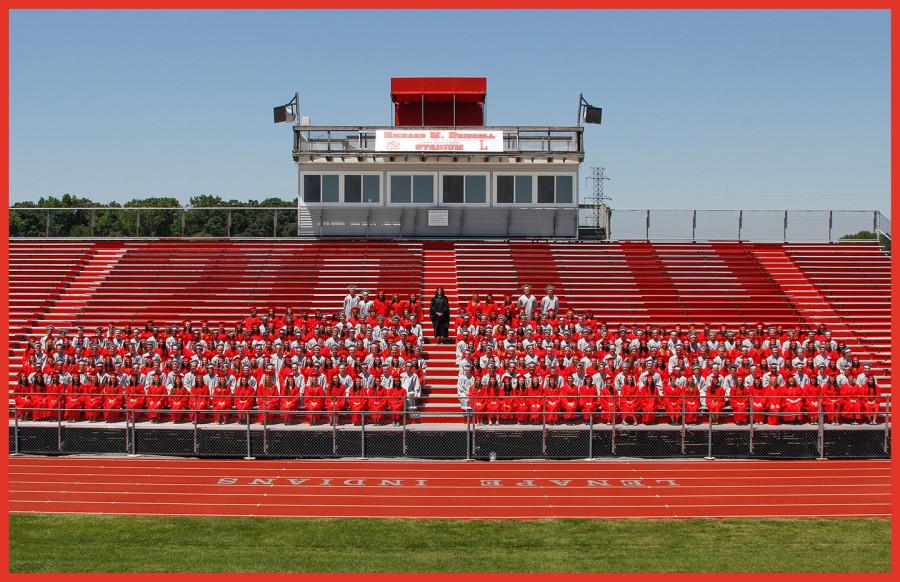 For four years, students work and work towards graduation: the culmination of not only high school, but also an era of their lives. On a sunny Friday, I watched as my peers, people I had seen every day since I set foot in Lenape, moved forward towards their futures.

I first arrived at the ceremony as a volunteer for National Honor Society, stationed at the home snack stand and completely unaware of the emotional rollercoaster I would experience throughout the night. In between customers, I would watch as people received scholarships and recognition.  After some time, I somehow found myself on the track, eager to be close enough to hear the student speakers. I watched on as Patrick Fei applauded the seniors for coming together as a class, Michael Schiepe made people proud of everything they’d accomplished in and out of Lenape, and Anna Weschler gracefully reminded people of the importance of the little, seemingly insignificant moments during high school.

What struck me most about the speeches was how different they were and how perfectly they depicted three unique high school careers. These three students spoke with completely different perspectives on high school ending, almost showing how their experiences had shaped them as individuals. Still, staring into the united sea of red and gray before me, I could tell how, as individuals, all of these people had grown up together, and remained as parts of a unified student body.

The ceremony as a whole was beautiful, from the weather to the rendition of “Go the Distance” from the movie Hercules. The sky, especially, was magnificent and many of the graduating students attributed it to their angel Ebo Eberling, who had passed away on Christmas Day. Ebo’s passing had a huge influence on the school throughout the year and even more so on the day of graduation. Many seniors decorated their graduation caps with his name and favorite number, 24. Before the ceremony began, the seniors gathered in the courtyard and released balloons in his honor. During the ceremony, Ebo’s name was the first to be called and the entire Eberling family went up to receive his diploma. Many people said they truly felt his presence during graduation and amazingly, even the clouds in the air seemed to resemble “EBO”.  The whole day was not shrouded with grief, but rather the light of his life and the light of new beginnings.

Whether it was the student speakers, administrators, or the incredible sky, the message of the ceremony seemed to be to live life to the fullest and to remember that anything is possible with hard work. As the seniors flipped their tassels, the newly crowned graduates saw all of their hard work pay off, paving the way towards a new chapter of their lives.

Congratulations and best of luck to the Class of 2014, Lenape will miss you!