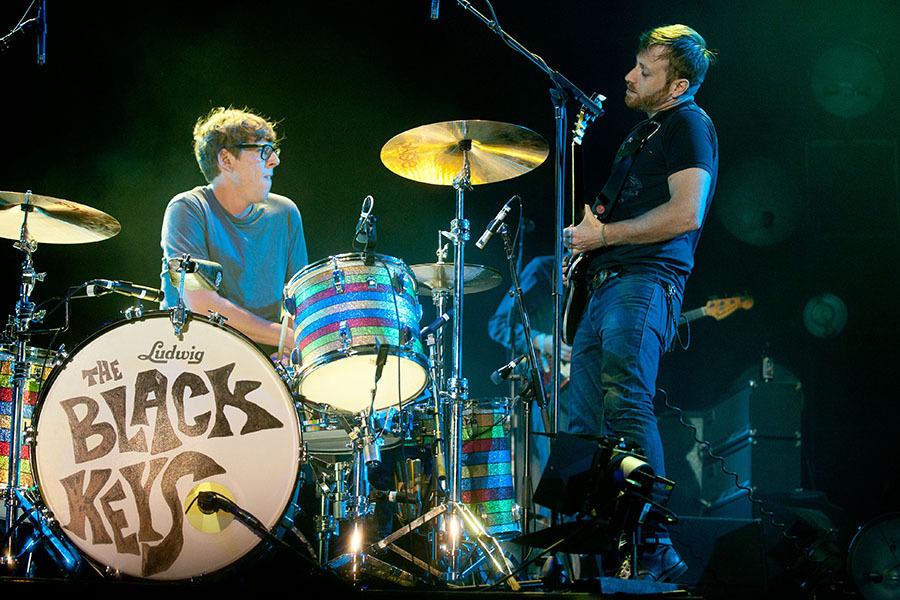 DOVER, DE - JULY 22: Patrick Carney and Dan Auerbach of The Black Keys perform during the 2012 Firefly Music Festival at The Woodlands on July 22, 2012 in Dover, Delaware. (Photo by Rob Loud/Getty Images)

The stage lights flash on, Patrick Carney begins to drum the beat of “Dead and Gone”, and the whole crowd cheers.  The energy is contagious as the indie-rock-garage-blues duo hit the chorus of the opener; everyone in the Wells Fargo Center is singing along with the band and swaying to the beat.

On Saturday, September 20th, the Black Keys performed in Philadelphia for their Turn Blue Tour.  As a huge Black Keys fan, I did not miss the chance to see them live.

Although, I often watch videos of The Black Keys performing on Youtube, I still did not expect them to be as amazing as they were.  Each note that Dan Aucherbach hit sounded identical to that of the album, and Patrick Carney never missed a drum beat.

As I stood there, engulfed by the stage lights, I did not want the night to end; each song was better than the last.  “Gold on the Ceiling” had the whole audience singing (or rather, shouting) along, while “Howling for You” brought out everyone’s dance moves. After the last note of “Lonely Boy” was strummed, the duo took to the microphone to say goodnight.

However, the audience remained buzzing.  Soon every phone was lit up (because lighters are old fashioned) and the crowd, myself included, was screaming for an encore.  Minutes ticked by, and the fans became even louder.  No one had left.

Finally, the stage lit up once again and The Black Keys reappeared; the whole stadium went wild.  After a three song encore, the duo closed the show with a rendition of my favorite song by them, “Little Black Submarines”, that topped any prerecorded version.  As a whole, the energy of the venue and the Black Keys’ amazing performances made the concert an amazing night that I will never forget!