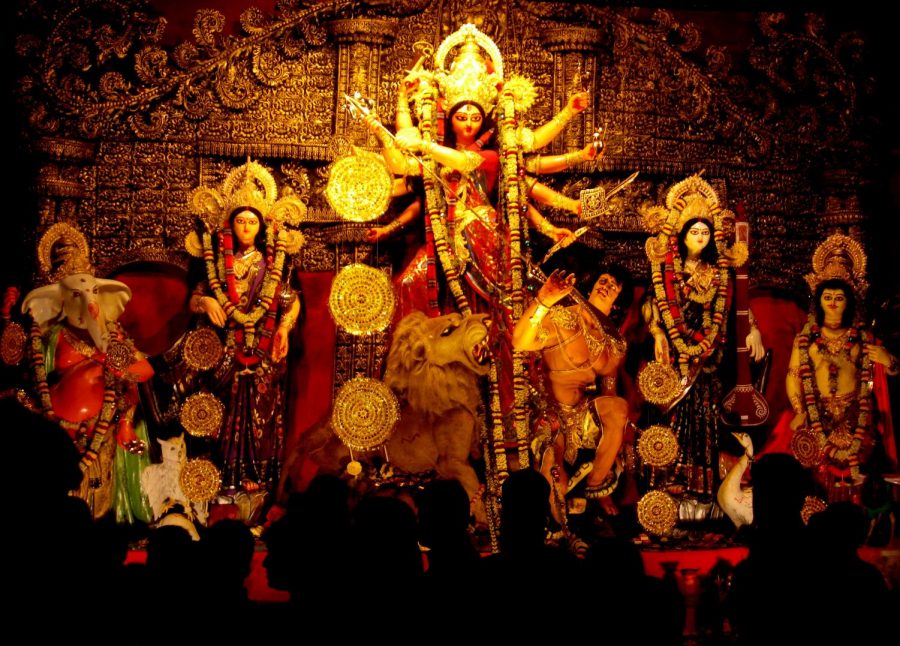 Goddess Durga and her avatars

April is a busy month for many reasons. Many holidays come at this time and of course Spring Break! But around this time, an Indian holiday known as Navratri takes place. Over a span of nine days, Hindu’s worship “Goddess Durga” for defeating a demon and celebrate young girls as they represent this goddess. Navratri is not only celebrated in April, but also in the fall season in around October. To celebrate this holiday, people worship in temples, recite legends, and folk dance. Some people often fast but there has been controversy around this for being correct or not. On the final day of Navratri, statues are either immersed in a body of water, or statues symbolizing evil are burnt with fireworks signifying the end of evil. Navratri spans over nine days and each day holds its own significance to the goddess and her nine avatars.

This festival is considered very important and significant for many Indians. They show their devotion by dressing up young girls, washing their feet, and offering them auspicious food. This food is also shared with others and the poor to honor the good in everybody. Overall, this holiday holds great importance to billions of people and will continue to do so in order to celebrate the triumph of good over evil.